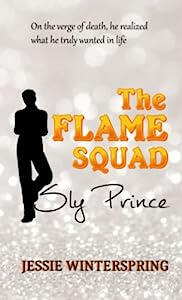 In 1972, eighteen-year-old Twilight, a prostitute, ventures into enemy territory to look for Ellio, only to find herself back in 1900. She finds Ellio, but he's no longer a mere ten-year-old street boy she helped five years ago. He's become a man.

All she wanted was a peaceful life, but fate loved to play evil games.

All Kaito wanted was a cute girlfriend, but after he decided to pick Akemi, an oversize girl, in a goukon because no one else did. Now, Akemi is obsessed over chasing him and leaving him no space to find another.

This is a short Christmas YA romance set in Japan.

Qué absurdo, that's what Leonardo thought when his grandmother told him about Celestina, the girl in the black and white photograph who vanished like magic right in front of her eyes. But he'll soon realize that absurd things do happen in this world. Jessie Winterspring is an indie writer. She writes time-travel and paranormal romance but also writes contemporary. Sometimes. Jessie wishes her first novel under her name to be “In Another Time,” the title of her time-travel story. The book is the first story idea she came up with back in 2006. She never wrote any notes for it, but the story lived in her head for 15 years before it she wrote it for NaNoWriMo 2020.
Jessie loves nature and animals. She lives near the Mediterranean coast with her loving husband and adorable son. Enjoy eating noodles with chopsticks and watching action and fantasy anime.

Find Jessie on these sites as well

I love talking about books and other common favorites. Or even if you want to contact me for another reason, please write ahead! 😀
I might be late at times, but expect me to reply unless it’s a spam message.